It seems like the more I learn about whisky, there more questions I have. There are some very informative books and magazines out there, and the internet is a great resource, but you can only get so far with Google. My distillery tour of Scotland was an opportunity to have many of those burning questions answered right at the source.

The typical distillery tour guide was usually well informed, but often lacked the depth of knowledge that comes with decades of employment in the industry. However, they were more likely to let out little bits of information that someone higher up the chain of command might keep tight-lipped about. For the tough questions, and especially when I wanted to know how things were done prior to the modern era, access to men like Iain McArthur at Lagavulin and Frank McHardy at Springbank was essential.

When I started asking questions about the Teapot Dram bottling that I tasted at Glengoyne on Day 1, the women in the shop were quick to produce a spec sheet for the whisky with all sorts of information about it and the 5 casks that were vatted together to create it. This is the kind of technical whisky detail I love to pore over.

It was interesting to hear which distilleries were running at what percentage of their maximum capacity – from Springbank and Bunnahabhain at 50% to Kilchoman and Caol Ila near 100% - as well as what percentage of a distillery’s production went to blenders, with Caol Ila at 95% and others claiming none at all (I believe Auchentoshan was amongst them).

One bit of information that I caught (and wonder if it wasn’t meant to be kept secret) was that the composition of Ardbeg Uigeadail has changed since it was originally released. Made up of younger bourbon cask whisky vatted with older sherry cask whisky, we were told that the sherried whisky stocks (of the particular age they had been using) were depleted and they had to decrease the age of the sherry component at some point. There is no way to tell by looking at the bottle, it has no age statement, and even if it did, the age would be of the youngest whisky in the bottle (the bourbon component in this case). I’m still a big fan of Uigeadail, but it has never seemed quite as magical as that first bottle I bought. Now I know why. This also explains the slight price drop of Uigeadail that I noticed after it had been out for a year or two.

For years I have heard about shortages of Lagavulin being caused by a big fire in the past at the distillery. I always had my doubts, and jumped at the chance to ask Ian MacArthur after the Warehouse Tour. He set the record straight: there was no fire at the distillery and they never closed. Along with the rest of the distilleries on Islay, they had a major slowdown in production in the 1980’s (actually, many of the others did close down for some time). This caused a serious shortage of their flagship 16yr single malt in the late 1990’s and early 2000’s.

Another myth that was dispelled on Islay had to do with the origins of Laphroaig’s distinctive medicinal / iodine flavor. I have always heard that this was caused by sea spray laden air permeating their casks. This never made much sense, as Lagavulin and Ardbeg are just a few miles away and also have warehouses right by the water on the same stretch of coast, but do not share this taste characteristic. While touring Laphroaig we were told that they hand cut all of their peat (for the 30% of their barley that they malt themselves), and the peat beds that they own contain an unusually high concentration of decomposed lichens and moss – heather, ferns, and grasses are more common. This unique peat is supposed to be the source of Laphroaig’s particular iodine pungency. 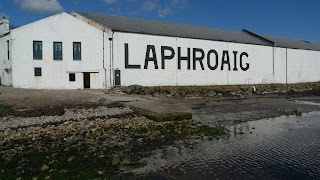 I had noticed the heavily tarnished stills at Bunnahabhain (and subsequently Glen Scotia) in stark contrast to the proudly shining pots at most of the other distilleries. Whenever I asked how that luster was maintained, I seemed to get a blank stare. Until I asked Frank McHardy, then it was a simple answer that they were washed with an acid solution and coated with a clear lacquer. This was done every five years or so. I was nice to have access to someone with close to five decades in the industry. 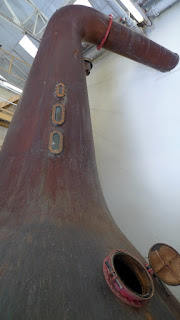 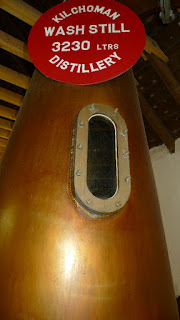 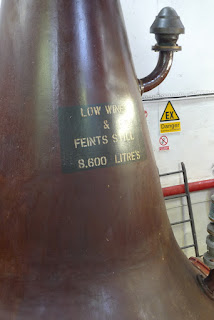 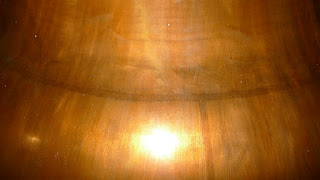 A few more interesting bits were gleaned at Springbank. We were told that the 8yr Hazelburn would be phased out in favor of the 12yr variant. We also learned that Hazelburn Rundlets and Kilderkins (aged in smaller casks, like the Springbank version that appeared recently) would come out in two years. Another interesting bottling that we learned about was the Longrow Red that will come out later this year. It is and 11yr old that spent 7 years in refill bourbon barrels and 4 years in casks that had previously held Long Row Cabernet Sauvignon from Australia. The official press release about this came out about five weeks after I learned about it at the distillery, and while there, we loaded new make Springbank into some of those recently emptied Cabernet casks. 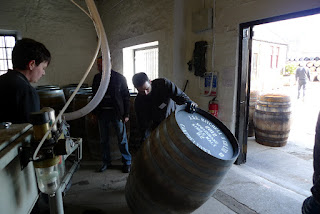