I hope I’m stating the obvious when I say that I really enjoy drinking a good glass of whisky. But what is likely less apparent, is that I also enjoy the thrill of the chase just as much. The world of whisky retail sales is complex and dynamic – there are new products introduced with limited distribution, seasonal releases of rare items which are only available for a few weeks each year, certain brands which only make their way to a few select regions, and existing stock of items which are no longer produced can linger in hidden pockets of the market for some time, not to mention the obscure items that a less informed consumer might pass up for something equally good but more commonplace. Whether I’ve made a concerted effort to hunt one of these whiskies down, or just happened across one randomly in my travels, I find it quite satisfying to end up face to face with a bottle from my wish list, add it to my collection, and have the opportunity to sample something outstanding that wasn’t so easy to come by.
Living in a liquor control state (as well as being bordered by another) means that a typical trip to the local liquor purveyor is unlikely to result in a special purchase. Don’t get me wrong, these can still be fertile hunting grounds, but it takes time to figure out the inner workings of each state’s system, and then most of the leg work is done online. When I travel to states where the liquor business is in the domain of the free market, I’m always on the look out for a store with a serious whisky program. One good source for leads is the Specialty Retailer Guide found in the back of Whisky Advocate magazine.
It was here that I noticed a listing for Town Wine & Spirits in Rumsford, RI (claiming a collection of 300+ single malts). Being just an hour from my parents’ house, it seemed a little road trip was in order during my visit to the Boston area. Soon enough my father and I were exploring the wilds of East Providence and the hunt was on.
When I spotted the sign for the store, I was a bit surprised. We were in the heart of a mid-grade retail strip. Sure, it wasn’t a ghetto, but there was certainly nothing upscale about the area. And my surprise morphed into disappointment as I got a closer look at the exterior of the store, a modest cinder-block structure. No way were there 300 single malt scotches here, not in this neighborhood, not in that building. 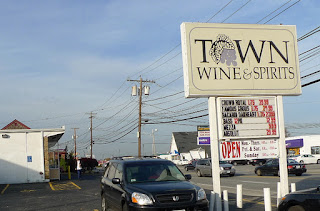 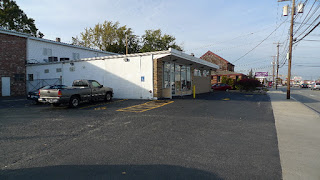 But I’d come all this way, so I reminded myself not to judge a book by its cover, and headed in with lowered expectations. The store did look much more promising inside, but the limited square footage kept my hopes dampened. I glanced around and noticed some bourbon bottles against a far wall. As I made my way over to them I caught some familiar boxes and bottles in my peripheral vision. My head spun to the right, and I was overwhelmed by the sight of an alcove densely packed with scotch. Boy was I wrong about this place. As I took in the glorious scene, I made note of ample selections from Springbank and Glenfarclas (my litmus test for the legitimacy of a retailer’s whisky endeavor). 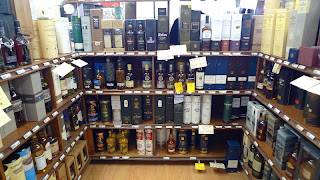 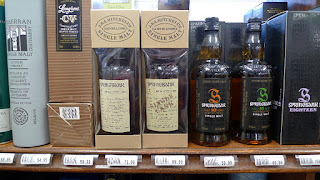 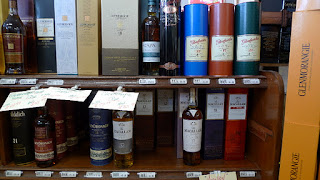 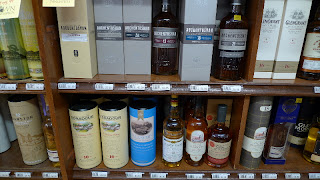 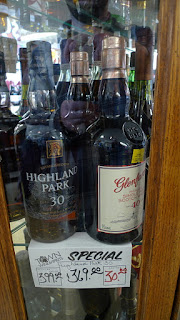 After selecting a young scotch from a new distillery, an esoteric single malt from a low profile distiller, and a hard to find limited edition bourbon, we prepared to head home. My father was asking an employee for the fastest way back to the interstate, and when he mentioned the distance we had come in search of rare whiskies we were asked if we had met Elliot. Who’s that? The store owner and resident malt fanatic. After talking shop for a few minutes and discussing my purchases with Elliot, we were invited out back for an impromptu tasting. No need to ask twice, let’s go!
First up was a 15 year Highland Park from independent bottler Murray McDavid, which was aged primarily in bourbon barrels and finished in Chateau Lafite casks. Mind-blowing, no way I could walk out of the store without a bottle of that. Next up were the anCnoc 12yr and 16yr. They were notably different from each other as the elder was aged in bourbon barrels and the younger in sherry barrels, but both were quite enjoyable. Lastly we tried out the new Johnnie Walker Double Black – very impressive, and a vast improvement over the standard Walker Black. All in all, it turned out to be an exceptionally successful outing.
Posted by VT Mike at 12:37 PM